Congratulations to Bond student Asumi for her amazing one-week trip to the USA!

After checking in at her hotel, Asumi and her friend took an HIS bus-tour to Santa Monica to visit Swingers.   Swingers is a hip, throwback coffee shop which offers classic American diner food, with vegetarian options, and closes at 2 AM! 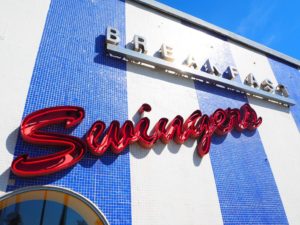 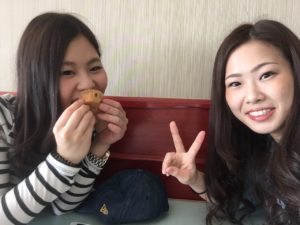 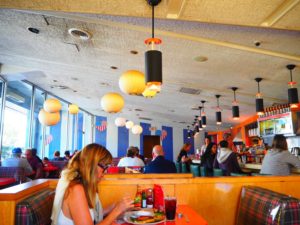 After lunch at Swingers, and feeling ready for some action, they went to check out an amusement park called Pacific Park, but like the Griswalds at Wally World, the park was closed! 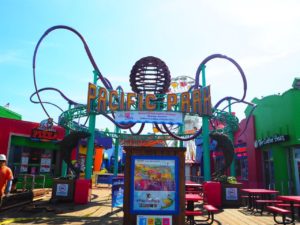 Yet they did make it to the end of the famous road Route 66!   One of the first long distance highways in America, Rte 66 went from Chicago through Missouri, Kansas, Oklahoma, Texas, New Mexico, and Arizona, finally ending in Santa Monica, and covering a distance of almost 3940 km! 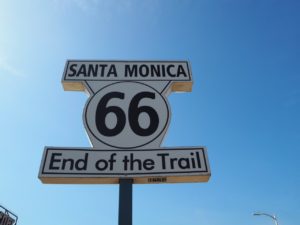 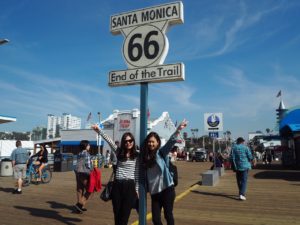 While heading back to the hotel, they stopped at another famous LA eating-shack:  Phillipe French Dipped Sandwiches, which just celebrated it’s 100th-anniversary, 1908 to 2018!

Here’s a great description of their iconic sandwich from their website https://www.philippes.com:

Philippe’s “French Dipped Sandwich” is the specialty of the house and consists of either roast beef, roast pork, leg of lamb, turkey, pastrami or ham served on a lightly textured, freshly baked French roll which has been dipped in the natural gravy of the roasts. Swiss, American, Cheddar, Monterey Jack or Blue cheese may be added. To accompany your sandwich we offer a tart, tangy cole slaw, homemade potato and macaroni salads, hard boiled eggs pickled in beet juice and spices, large Kosher style, sour dill or sweet pickles, black olives and hot yellow chili peppers. Sounds pretty tasty! 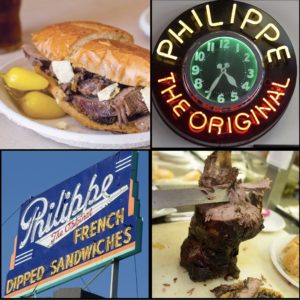 They also took a stroll along Hollywood’s Walk of Fame, a collection of 2600 five-pointed terrazzo (chips of marble and granite set in concrete, then polished) and brass stars imbedded in the sidewalks of Hollywood Boulevard and Vine Street.   They saw many Hollywood stars including Michael Jackson, Johnny Depp, Bruce Lee, and Daniel Radcliffe (Harry Potter).   They also had time to visit the Dolby Theatre, home to the Academy Awards! 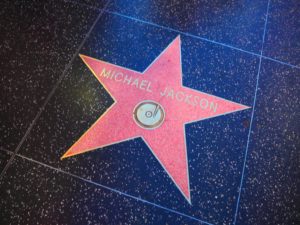 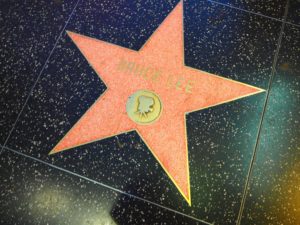 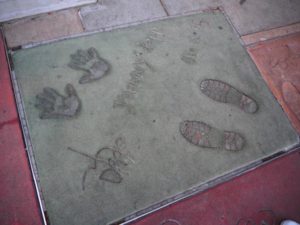 On her last day in LA, Asumi went to California Disneyland and saw the attractions Cars, Tower of Terror, Toy Story, Little Mermaid, and the Mickey ferris wheel (観覧車). 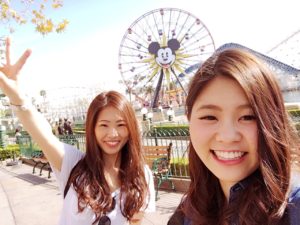 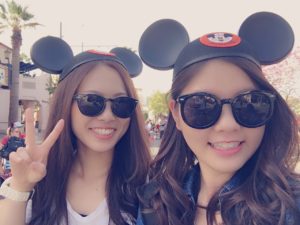 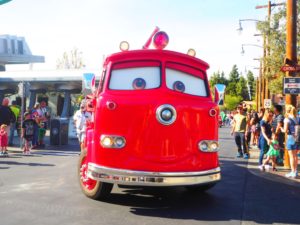 With the California portion of her trip finished, it was now time to hop on a morning flight to the city in the great American desert:  Las Vegas! 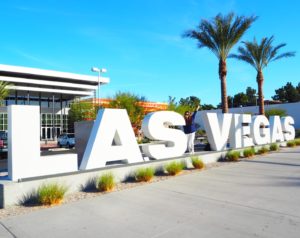 Asumi went sightseeing in Vegas and was able to see Bumblebee, the Chevrolet Camaro robot from the Transformers movies, as well as the famous Fountains of Bellagio , a gorgeously choreographed water-fountain show synchronized to music, as seen in the ending scene of the film Ocean’s 11. 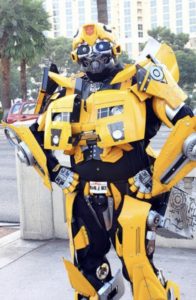 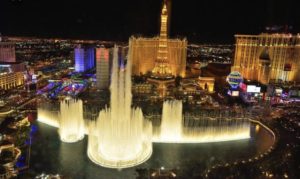 She also had time to try her luck at the slot machines! 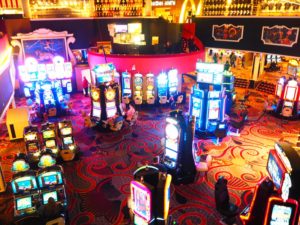 After one night in Vegas at the Circus Circus Hotel, Asumi took a four-hour bus ride to one of Earth’s greatest natural wonders: the Grand Canyon.  At nearly 1500 m deep, 446 km long, 29 km wide, and millions of years old, the Grand Canyon is a breathtaker indeed.  They also ran into Route 66 again, in Seligman, Arizona, and saw more……Cars! 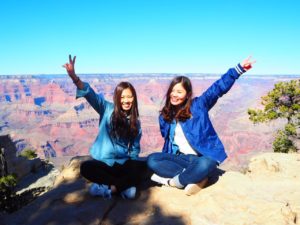 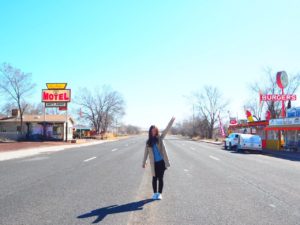 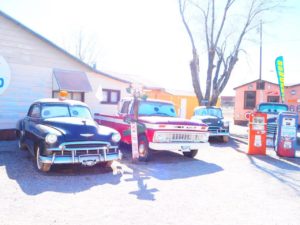 On her last day, and after getting lost in Las Vegas airport, Asumi safely returned to Japan.