Congratulations to Bond student Miku for her recent fabulous 4-day trip to Cambodia!

The highlight of the trip was definitely her visit to Angkor Wat, but she did get to visit many other interesting places.

She spent her first day in Siem Reap, a charming resort town in the northwestern part of Cambodia. You can see a mix of French and Chinese architecture in the old part of the city, which at only a 20-minute drive to Angkor Wat, acts as the  gateway to the Angkor Wat ruins.

At night Miku went to the lively Siem Reap night market where she bought some clothes, including these colorful, flower-print, traditional Vietnamese pants! After shopping, she moved to the pub street, a famous street lined with  restaurants and pubs, which really starts to rock at night with all the sounds of music and bright lights. 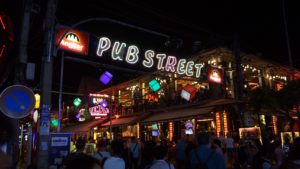 On Pub Street, Miku had Khmer food: kebabs, fried rice, and cream stew.  After dining on the tasty local food, she went to a pub for a cocktail. 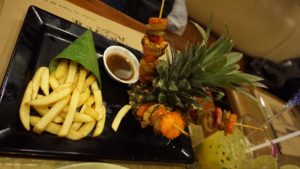 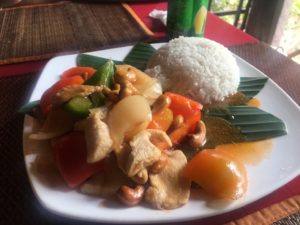 Her second day was an all-out adventure.  Miku got on a tuk tuk and went to  Angkor Wat, one of the most famous world heritage sites in the world.

Angkor Wat is a masterpiece of a temple, believed to have been originally built around 1150. The temple was Hindu at first, and became Buddhist around the 1500’s.

She  explored the ruins and took some fantastic photos. Kind of like Lara Croft in a Tomb Raider movie! 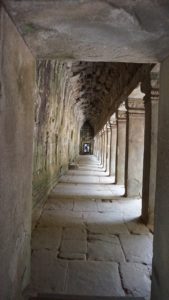 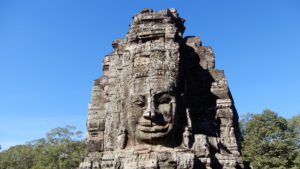 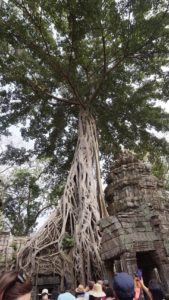 On her third day, Miku went to the Tonle Sap lake, the largest freshwater lake in Southeast Asia which is also famous for it’s floating villages.

Imagine the locals taking a boat, to go to a floating school, or to eat at a floating restaurant. Pretty floatationally unique!

There are also stilted villages built on tall, thin stilts, that keep the locals dry during the wet season.  When the water levels drop during the dry season, they use enormous ladders to reach the entrances! 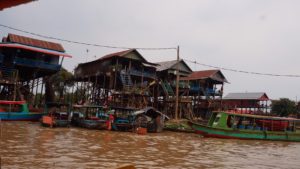 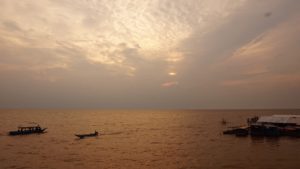 Miku spent her last shopping for souvenirs and relaxing at a café with her friend. 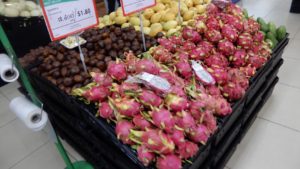 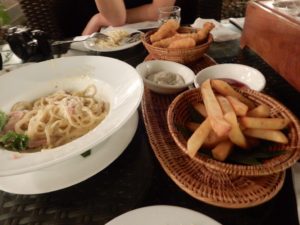