On Monday, May 2nd, I left Osaka around 10 AM, and after six hours of driving, arrived in Hakuba, Nagano, site of the 1998 Winter Olympics. 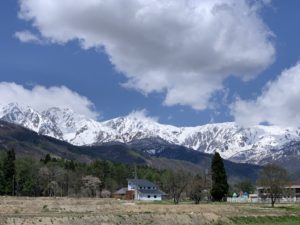 We rented an Airbnb house called the RiverSide Cottage, a 3-BR single-floor house, next to a river, with nice views of the ‘Japanese Alps’ still covered in snow!! 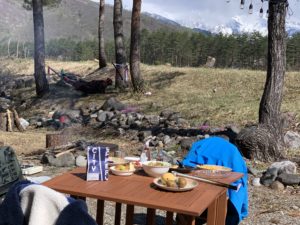 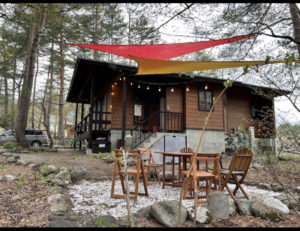 It had rained earlier in the day, so the ground was a little wet, which made making a fire a little difficult!

After 45-minutes of trying, we finally got the fire going and had local sausages and burgers on toast with fresh vegetables! Eating food cooked on a campfire is so much fun! 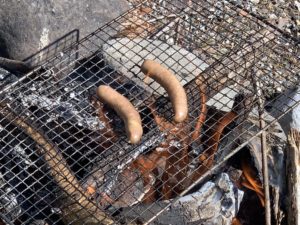 We also had famous homemade marshmallows from City Bakery, which we toasted over the campfire! 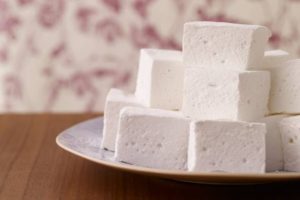 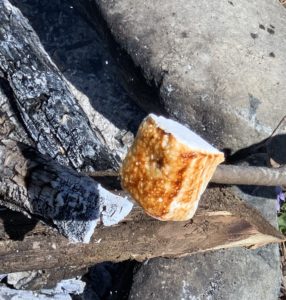 Later that night the stars came out in full force, there were too many to count!

On Tuesday, May 3rd, I skied Happo One under perfect blue skies and temperatures of about 15°.  The soft moguls were heavenly, and thanks to a lot of fitness and muscle training, my legs were in good shape! 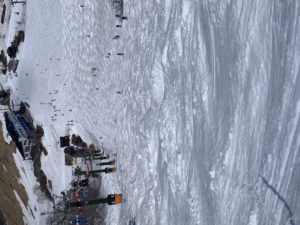 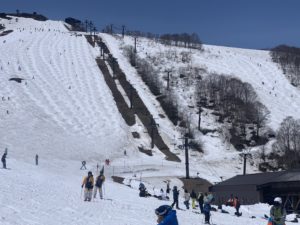 This area is the backcountry, where some advanced hikers stay overnight.  I met a couple who had slept out there with no tent, only in sleeping bags! 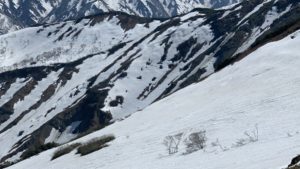 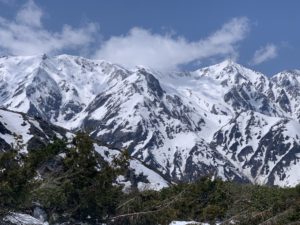 The next day I skied again, and met some Japanese mogul competitors. This girl Sara has skied several times at the Junior Olympics! We did a dual mogul race together!

We also went to the top of the ski jumping facility, 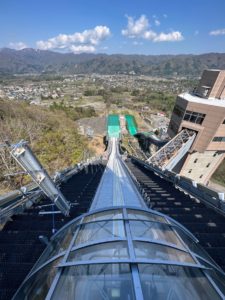 and this modern house by Tomiken architects! 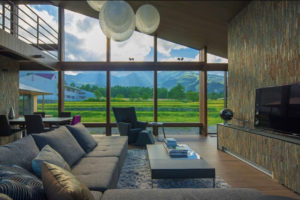 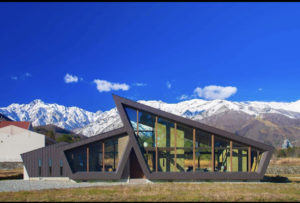 Hope to see you again next year Hakuba!