Congratulations to Bond Student Yashiho Nakatani for her recent 7-day trip to the exotic countries of Egypt and Dubai!

Yashiho’s first day in Egypt was a whirlwind of non-stop excitement, arriving at Cairo airport at 5:00 am and after getting her baggage, going sightseeing right away.  First stop? The Giza Plateau! As the bus approached the plateau, the visual of the pyramids getting closer and closer, and larger and larger, was breathtaking!! 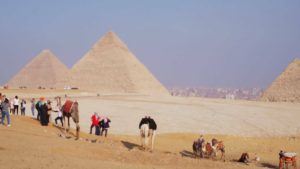 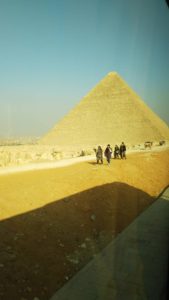 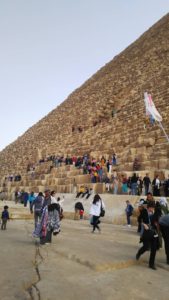 The Great Pyramid of Giza, perhaps the best known ancient monument and marvel of engineering in the world, is supposed to have been built by King Khufu as a burial tomb. However, very little evidence has been found to support this  theory, and it’s true origin still remains a controversial mystery!
Inside the pyramids, there are several chambers connected by narrow corridors which can be traversed.

When Yashiho entered the pyramid, she took a descending corridor which was not only narrow, but also so low that she hit her head on the ceiling several times!  After a while she took an ascending passage, which after several minutes, led to the Grand Gallery, a slanted corridor lined with huge granite blocks.  An impressive feat of architecture indeed!  She walked through the gallery marveling at the site, finally reaching the King’s Chamber, where she was astonished by what lie in front of her:  an ancient room perfectly built in enormous pink granite stones!  At the center of the room lay a red sarcophagus with an estimated weight of 3.75 tons, or 3400 kgs!  Yashiho took some time to contemplate this site and to take photos. 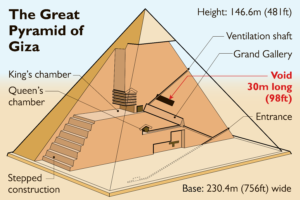 She unfortunately did not have enough time to go near the Sphinx, but did finish her visit to Giza with a camel ride!

At over 2m tall, her camel was much taller then expected, so she hung on to the saddle with similar dexterity to Jiro-San grabbing his sushi brush at Jiro sushi in Tokyo! 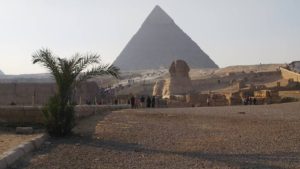 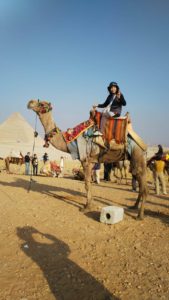 On her second day in Egypt, Yashiho visited the Cairo Museum where she saw the famous gold mask of Tutankhamun as well as several mummies inside their original sarcophaguses. 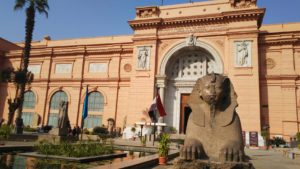 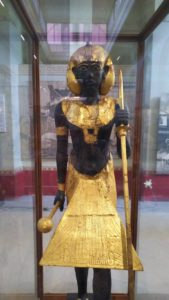 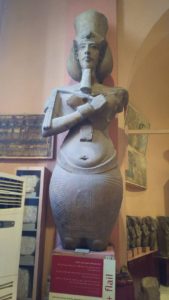 Yashiho took a boat cruise on the Nile river with her husband, and had dinner while watching belly dancing and Tanoura dancing, the latter being only performed by male dancers. 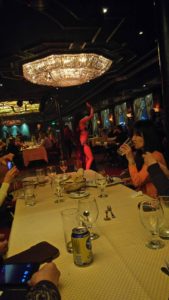 After an amazing adventure in Egypt, it was time to move to Dubai, home to some of the most impressive modern buildings ever built, including the world’s tallest skyscraper, beautifully shaped man-made islands, and much more.

She spent her first day in Dubai in Bastakiya.  Bastakiya is a charming historic neighborhood that lies along Dubai creek, where rich merchants used to live long ago, and is known for it’s beautifully decorated traditional Arabian houses adorned with unique wind catchers. 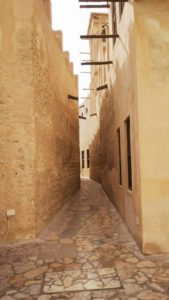 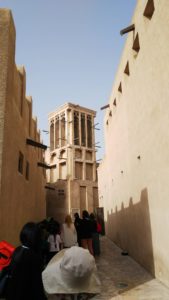 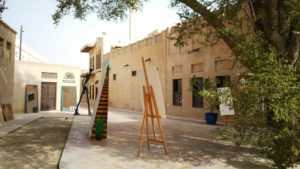 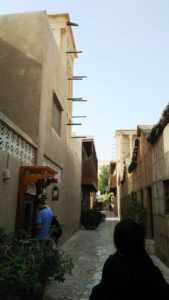 Yashiho and her husband strolled along the gold market, a labyrinth of covered walkways with over 300 jewelry stores. Be careful there ladies, this place can empty your wallet quickly!! 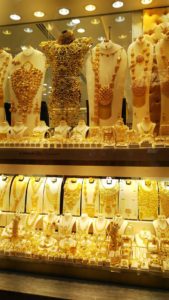 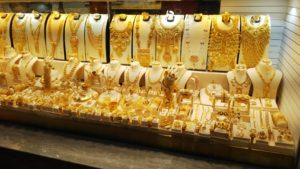 Yashiho also visited the spice market, filled with endless rainbows of color from the different spices.
With it’s sounds of price haggling and intriguing scents, it is a cultural hub for many foreigners. 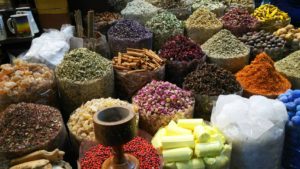 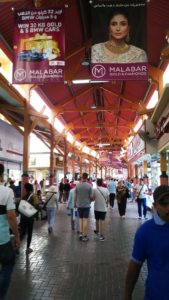 After the market they went to Earth’s tallest building, the Burj Khalifa! With an impressive 828m height, you can imagine the view when they stepped out onto the observation deck on the 125th floor! 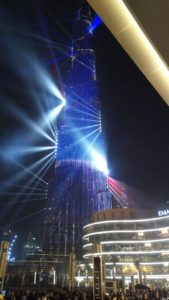 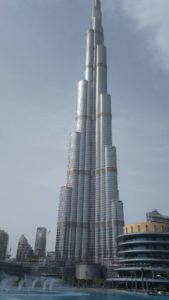 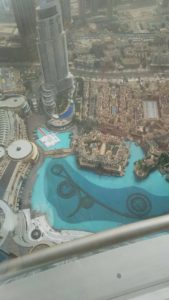 On her 5th day, Yashiho went shopping at the Dubai Mall and what a mall it was!  This mall is not only home to beaucoup de shops, but also has an acquarium, underwater zoo, and the world’s largest choreographed fountain system, featuring a stunning water and light show lofting water 152.4m skyward!
Yashiho saw the fountain show about 5 times! 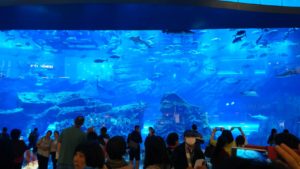 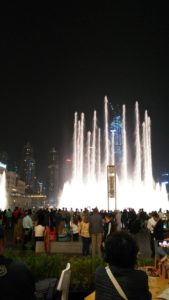 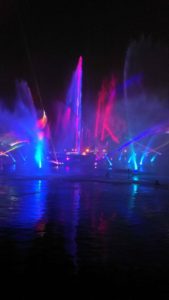 On her 6th and last day Yashiho took the Dubai metro with a guide, and having not much time left, decided to see one more unique bulding, the Dubai Frame.  Officially opened last January, it resembles a huge picture frame.  The horizontal part, at 150m high, makes for a harrowing walk when stepping onto it’s…..glass floor.  WHOA!! 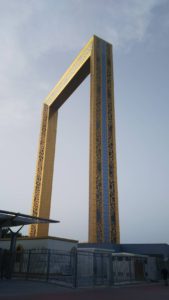 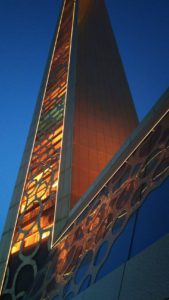 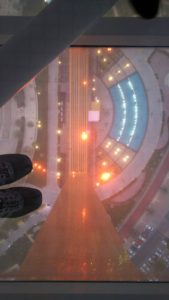 After arriving back home in Japan, we can only say:

what an amazing adventure!